Bring on the Fall Decor 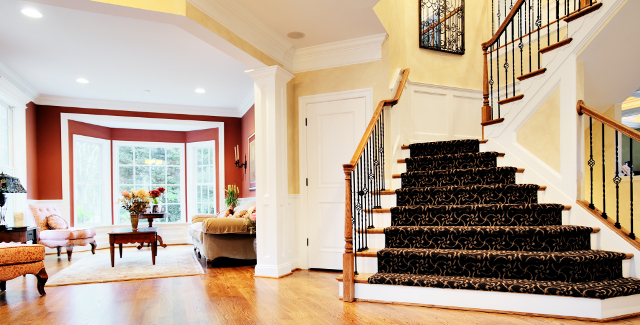 In case you haven’t noticed, the temperatures have indeed begun to drop, even in the hottest regions of the country. That can only mean one thing: Fall has arrived. And with the change of seasons comes a change in décor.

This fall, don’t just think throw pillows and earth-tone blankets (though they do make great accents). Instead, add some accoutrements that shout “Autumn!” and “Thanksgiving!” to everyone around you.

Wreaths. For starters, if you think it’s too early for seasonal wreaths, think again. Try matching leaf-and-pine-cone wreaths on your French doors inside or a large pumpkin-and-leaf arrangement on your front door. Maybe even try a leaf-and-berry garland around your front door jamb just for good measure.

Pumpkins, anyone? From pumpkin spice lattes and air fresheners to window clings and wall hangings, real and artificial pumpkins really have taken over nearly everyone’s autumn decorations. And for good reason—they’re versatile, inexpensive and now come in a dizzying array of colors, patterns and sizes. From large traditional orange to tiny green-and-white-striped varieties, pumpkins and their gourd and squash cousins can be used as stand-alone decorations, in stacks or in random groupings inside and out. Use them as tabletop arrangements, on windowsills, as bookcase accents or in stacks on either side of your front door. In almost every household setting, pumpkins have become the most universally liked go-to fall decoration ever.

So, don’t miss your chance. Get out there and make the most of your fall decoration mojo now!

Change password
Your password has been successfully reset.
Go to the homepage
Sorry something went wrong
Please try again.
Try again
Already a User? Sign In